Musings for a New School Year

It's back to school time. Most of South Pasadena's kids are putting their noses to the grindstone in SPUSD's public schools. Others are attending private progressive schools like Waverly, Waldorf and Sequoyah or the highly academic Polytechnic. Some are in charter schools. A few are homeschooling. A few are even unschooling. But each child is preparing for a future we all hope is bright, happy and prosperous...

There's a tendency to ask every young person the same question: "What do you want to be when you grow up?" Adults start in with this as soon as a kid starts crawling out of the crib and reaching for stuff.

"What do you want to be when you grow up?" We ask when a kid reaches for a baseball. "Are you going to be a ball player?"

"What do you want to be when you grow up?" We ask when a kid reaches for a paintbrush. "Are you going to be an artist?"

"What do you want to be when you grow up?" We ask when a kid reaches for his dad's computer. "Are you going to be an engineer like your father?"

It's natural, I suppose. After all, each of us had to pick something to be at some point. But wouldn't it be nice if we didn't try to put our kids into neatly labeled boxes before they've even had a chance to reach for enough stuff to know what they really want?

The current public school educational model is built around one principal: teach to the standardized test. While this paradigm certainly evolved from the good intention of making sure all kids could read and write, it has devolved into a system that tries to cram kids with varying talents and capabilities into one-size-fits-all.

Don't get me wrong ... I know that there are many things that just have to be memorized. From multiplication tables to French verb conjugation, education involves the consumption and retention of a lot of facts. But with a focus on memorizing the "right" answer, we've forgotten about all the wonderful discussion and reasoning it takes to find that answer -- not to mention the beautiful dissent of alternative answers. Teaching to the test requires all kids to be at the same place on the same map at the same time. But if we all march in lockstep, following the same map, is there any room left for trailblazers? How about those who might uncover something remarkable by spending extra time before moving along?

We have, in a way, removed a lot of the stuff that our kids can reach for, so that when we ask what they want to be when they grow up, the answer has to fit within one of the four possible answers on the test form.

I remember when I was in second grade and I told my teacher that I wanted to be an actress, a writer, an astronaut, a ballerina, a veterinarian and the Queen of England when I grew up. I went to elementary school in the 1970s when the popular educational model stressed freethinking and an open classroom. My second grade teacher didn't steer me toward a more realistic, productive way of thinking when I told her my plans. Nope. She just clapped really loud and said, "Right on, Laurie!" Lucky for me, that was also an era when my expansive daydreaming was called "creative" instead of ADHD.

But as I got older I remember being worried that I wouldn't make the "right" choices for my future. The Violent Femmes summed up all four years of my high school angst with one line: "I hope you know that this will go down on your permanent record!"

Our kids are getting this kind of stress earlier and earlier. I recently heard a group of parents talking about how they were worried that their kindergartners weren't being challenged enough by the academics at their school.

"My son should be reading at a first grade level," one dad said. "He's capable of it. I expect more."

I couldn't help but remember my own kindergarten, where my biggest challenges were nap time, the sand box and paste.

My drama teacher once asked me something that resonates with me to this day. She had lived through the Holocaust, traveled the world and seemed to have fit four or five lifetimes into one.

When we get older and look back at our lives, we often realize that the test answers didn't give us our direction and purpose in life, anyway. What really mattered were our own questions we dreamed up while doodling in the margins.

Here's to a new school year.


Want to leave a comment?  Head over to the South Pasadena Community Forum to start a conversation! 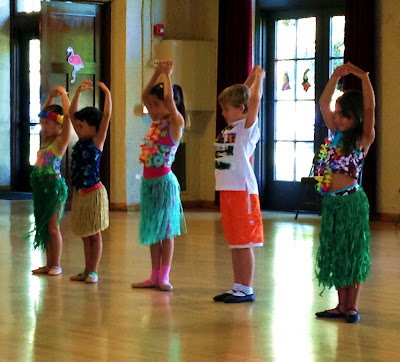